This is virtually a forgotten story, but this samurai's name has been inscribed in history. 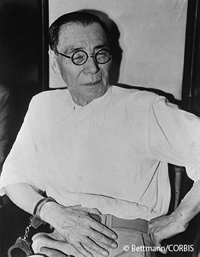 Prejudiced Satohata Takahashi Before His Deportation

He apealed to Black Americans to work jointly on this movement and became the leader of 100,000 Black people at that time. This samurai was Naka Nakane, who went by the name of Stohara Takahashi. He took command of the association known as Development of Our Own, a pro-Japanese Black nationalist organization established in 1930 in Detroit. He was admired by Black Americans and was watched by the FBI. Being a Christian, he emigrated to the United States and devoted his life to supporting Black Americans over the age of 60. Without governemt backing, they fought this fight simply by their aspirations.

The article "When Japan Was "Champion of the Darker Races": Satohata Takahashi and the Flowering of Black Messianic Nationalism" written by Ernest Allen, Jr. which was featured in THE BLACK SCHOLAR VOLUME 24, Winter 1994 states,

"Mr. Takahashi's initial organizing activities in Detroit, Chicago and St. Louis, and the "ripple effects" therefrom, led to the messianic expectation on the part of tens of thousands of African Americans throughout the midwest, the upper and lower Mississippi Delta, east-central Oklahoma and the New York-New Jersey region that Japan's imperial army would free them from the ravages of American racism. Through the employ of newspaper articles, FBI documents, military intelligence reports, and court records the author has reconstructed a history which, up until the present; had been almost completely forgotten.

HEAVENESE takes pride in this samurai, who was lost in the shadow of history, as he declared his firm opposition against racism shining a light on the heart of Japanese. 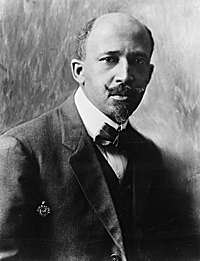 William Edward Burghardt DuBois, was a founding officer of the National Association for the Advancement of Colored People, the NAACP. DuBois took a trip around the world in 1936 which included one week in Manchuria, 10 days in China, and two weeks in Japan all the while recording his experiences. DuBios wrote a series of columns for The Pittsburgh Courier entitled "An experience never to be forgotten." The following is an excerpt from:

He shared one such experience:

On the last day, as I was paying my bill at the Imperial Hotel ofTokyo, a typical loud-mouthed American white woman barged in and demanded service. In America the clerk would have immediately turned to her, if not to wait on her at least to apologize or explain. But not in Tokyo. The clerk did not wink an eye or turn his head; he carefully finished waiting on me and took time to bow with Japanese politeness and then turned to America".

The front desk clerk's firm attitude gave DuBois an inclination that a new world was rising which differed from the White dominated one.

"Du Bois admitted that he had never before received such attention and evidences of welcome as he did in Japan. He found it more astonishing since he had no official status and "came only as a private citizen, none too welcome in his native land."

Japan, entirely unofficially, yet with full official knowledge and sanction, according to Du Bois, undertook to say through him to twelve million black people that the Japanese recognized a common brotherhood, a common suffering, and a common destiny. "This was voiced silently in all this hospitality, and openly and articulately by dozens of individuals," Du Bois reported."

It is Black Americans who have been Japan's closest friends over the last 100 years.