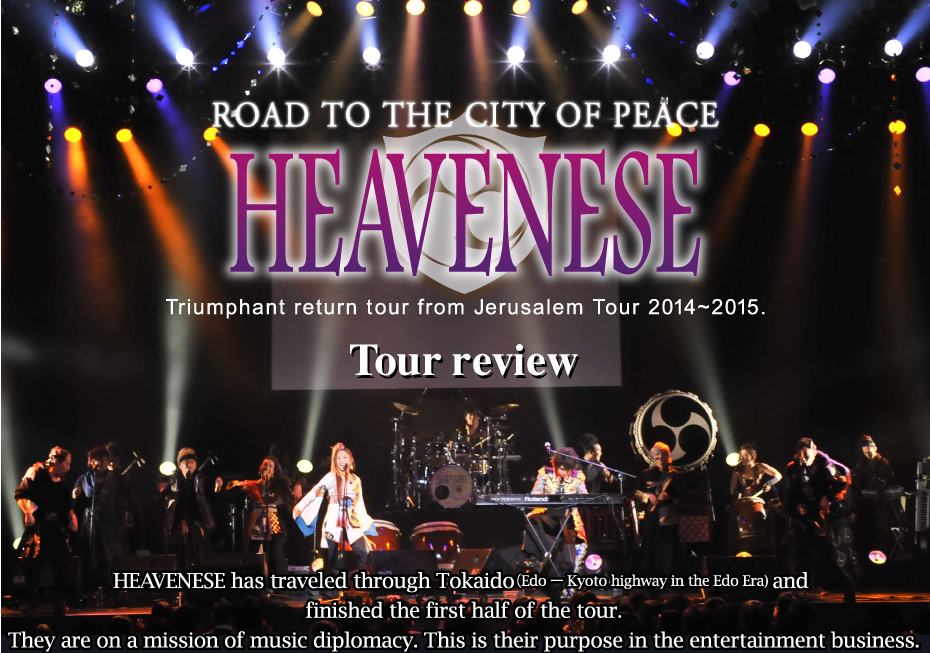 After having done three U.S. tours (2011-13) and a tour in Israel (Oct. 2014), HEAVENESE has now become a music troupe which travels around the globe. This makes it somewhat surprising to find them doing a Japan tour for the first time.
Although their mission is to propagate the Japanese spirit globally, in reality, Japanese themselves know little about the heart of the Japanese spirit. With having made their debut in the U.S. in 2011, from that point forward they had been focusing on touring overseas. Through this thorough preparation, they were ready to embark on a tour across Japan. 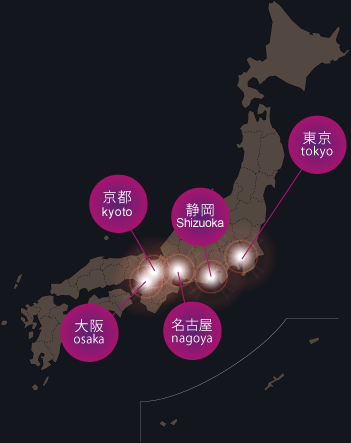 From December 2014 to January 2015 their tour schedule straddles the new year. The first half of the tour found them in Nagoya, Shizuoka, and Tokyo(Edo).
This was an excellent itinerary because these locations were talked about during the weekly talk event "HEAVENESE BRIDGE",which is held in Sengawa, Tokyo every Wednesday night.
This tour has been like a scroll containing pictures of the Edo Era, the end of samurai period and the beginning of the modern nation being unrolled before us.

The itinerary was set up this way due to their schedule and the venues' availability.
When it was finalized that their last performance on the tour would be held in Kyoto on March 15, 2015, the theme of the first Japan tour was decided.
In their first visit to Israel they had the honor of performing as the closing oct of JAPAN WEEK in Jerusalem (The City of Peace). In the same manner, they have set off on a peace pilgrimage which will end in Kyoto, which is also known as "the city of peace". According to the chairman of their support group, "God's providential hand was on the schedule directing the path we should take". 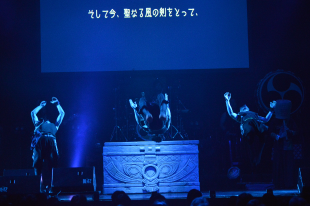 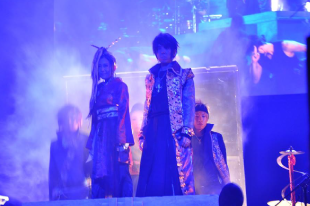 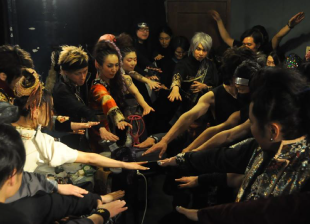 The first day was in Nagoya. HEAVENESE had never performed there before so everything was unknown. They had some apprehensions about whether people would come to see them and accept them. However, they were already familiar with "the path of the unknown" since the time in N.Y. and performing in the Arab community of East Jerusalem.
Some band members were in Nagoya prior to the show to do a street performance and pass out flyers.
What a joy it was to hear of someone who had received a flyer on the street and ended up coming to see the show . For the band members who drove down to Nagoya late at night, this made the trip worth it.
The attitude of the band members will not change whether they are headlining a big event or not; they will always try to reach people where they are.

In Nagoya it was a rather cold day, and it seemed it could snow at any moment. (Actually, it snowed heavily there the following week.) Many people came to the performance at the well-known live house, Nagoya Bottomline and experienced their exciting and lively performance. It reminded them of the night when they performed at The Gem Theater in Kansas City during their 2nd U.S. tour.
The first concert of the Japan tour turned out perfectly which was a great way to kick off this tour. 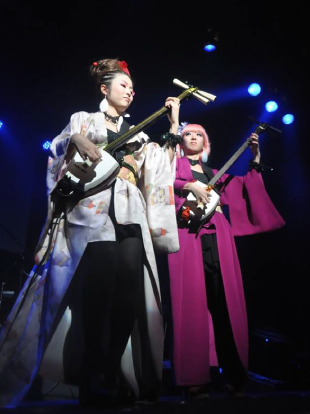 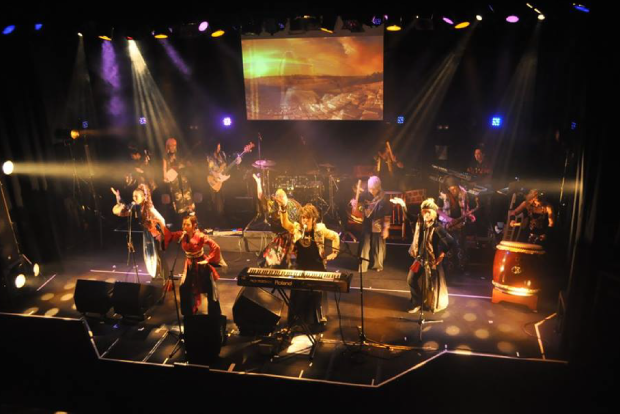 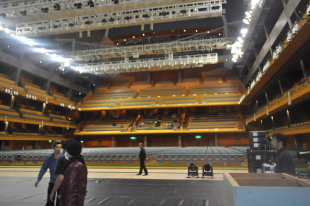 The following day was at Grandship in Shizuoka.
After being tired from traveling overnight, they arrived at the towering venue, Grandship, with a capacity for 5,000 people. Being on the stage before 3,000 spectators was quite a contrast from the hundred or so who saw them the night before. Across all aspects of the venue, it is immense; the ceiling is 5 stories high. One of the taiko drummers, Makoto, brought in his own biggest taiko which he applied to enter in The Guinness Book of World Records for the size of personal own, the size of this taiko it still looked like one of the adorable taikos from Children's Day.

Just as when they were on their adventure in N.Y., the ninja acrobat team came along on this tour and were bursting with energy on the stage and flying all over the place despite the tiring and difficult travel situation. The dance team, Araifumi, danced gracefully being choreographed by their so-called soulmate, the leader of the dance team, HIDETOMO. Using all of the immense stage, HEAVENESE were able to create a three-dimensional performance.
The lead vocalist, Marre, shared his thoughts on Israel and the festival commemorating Tokugawa Ieyasu, which would be held the following year in Shizuoka to mark the 400th anniversary of his death. Marre took the audience on a trip through time and around the world into the fascinating world of history.

Marre participated in a panel discussion with the vice-president of the Ministry of Foreign Affairs, Mr. Minoru Kiuchi, and the mayor of Shizuoka and the organizer of this event, Mr. Nobuhiro Tanabe. This was the highlight of the evening, which most accurately represents the purpose of our activities. Marre said, as always, "We support no political party, rather people." Instead of endorsing a particular political party, HEAVENESE is convinced that "soulmates" with whom we can understand and support can be found. 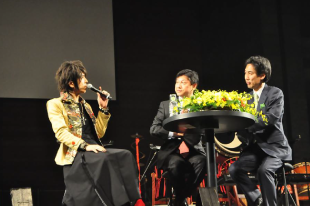 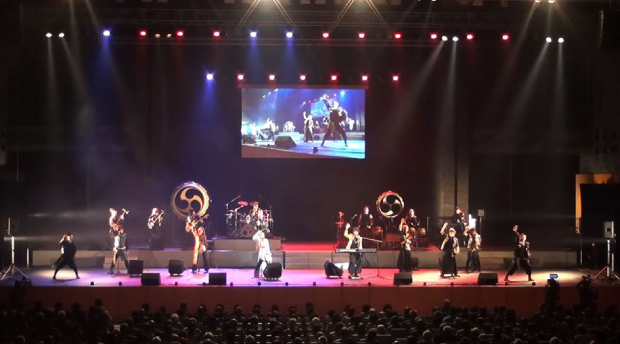 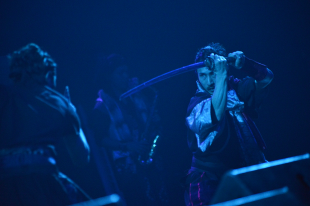 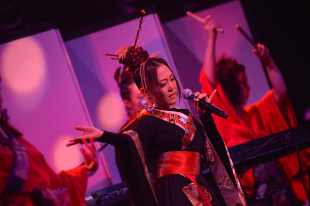 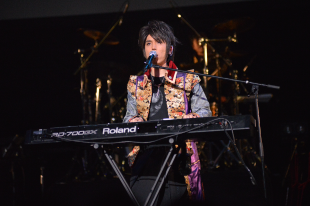 After returning back to Tokyo from Shizuoka and having a day off, they had their final grand performance of 2014 at their primary Tokyo venue, Akasaka BlITZ. Marre himself said that the venue was as if it had been built for them because he found it pleasant to sing there. The venue was packed with people who came to see us despite the busyness of the end of the year.
Their recent performances in Israel, Nagoya, and Shizuoka, were all very different which sharped their movements and minds. 41 ambassadors and dignitaries residing in Japan from 10 different counties came and no one left before the end of the concert, which tells us that the show that night marked the culmination of their performances over the past year. We were able to unite people regardless of position, nationality, or race to be exited and moved and to laugh and cry together. 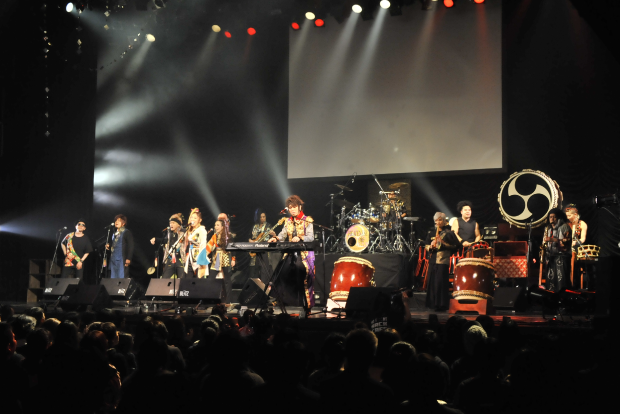 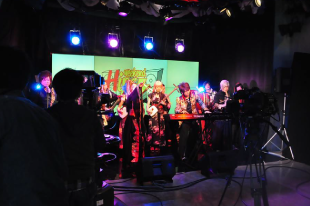 In addition to receiving the support from the Ministry of Foreign Affairs, the company president of Tokyo MX TV, Mr. Kawauchi, also greatly supported them in promoting and advertising us on TV. He came to the Akasaka BLITZ concert and said, "It was a high-quality performance in all aspects." They will not rest in his praise, rather will continue to strive to polish their performance and spirit as a music troupe. This was admirably said by Mr. Kiuchi, "Our nation should aim to become a great nation, a spiritual powerhouse". Just as he said, we also believe that we should work towards the same goal. The door is especially now wide open due to the success of the first half of the Japan tour. More likely than not, HEAVENESE will be given more opportunites to perform in the fields of music, politics and education in the near future.